Valve launches Steam Chat mobile app for Android and iPhone  Gadgets NowValve has announced a new Chat app for both Android and iOS platforms. The new app offers similar functionality of the desktop version of the Steam app chat ... 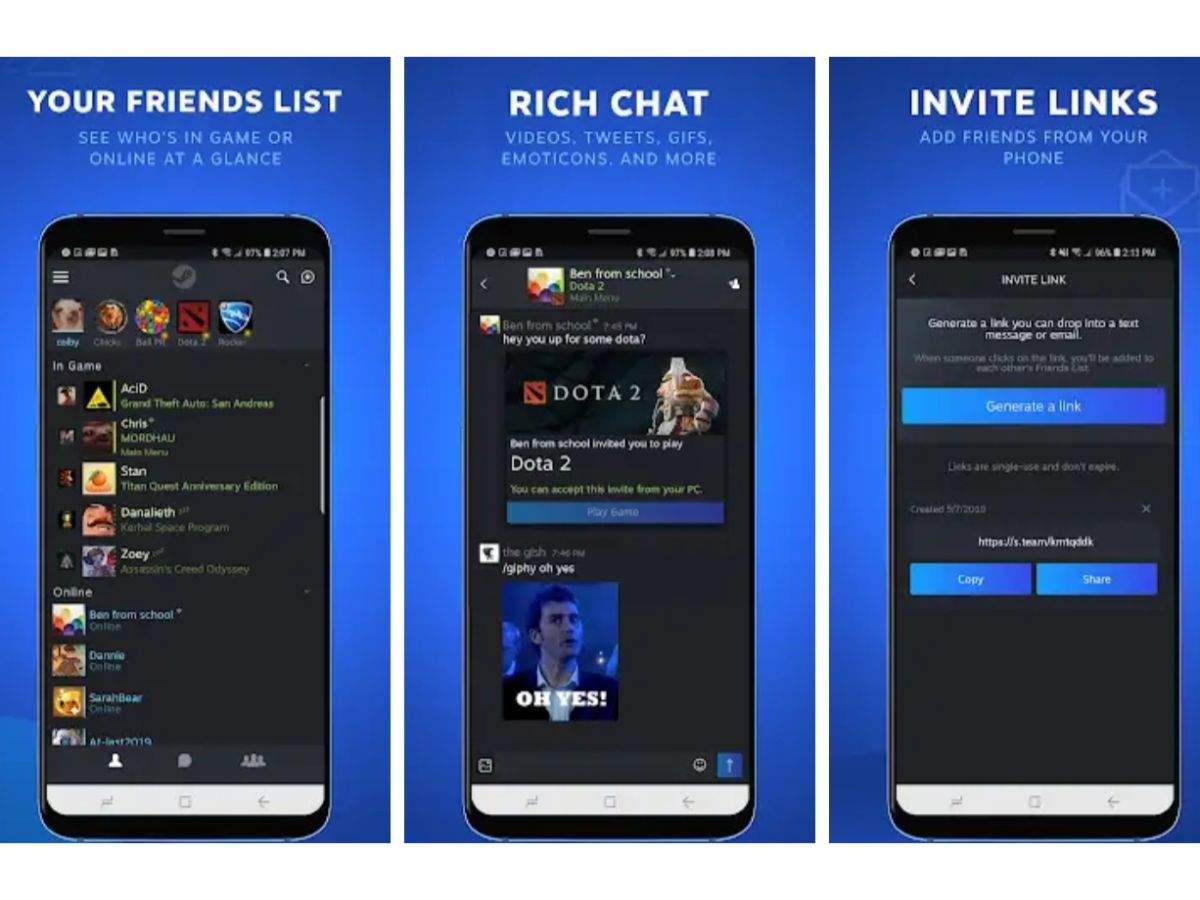 Valve has announced a new Chat app for both Android and iOS platforms. The new app offers similar functionality of the desktop version of the app chat feature. The app allows users to check the current status of their friends and which game they are playing. Apart from this, the app also supports ‘Rich text format’ using which users can send and share emoticons, images, GIFs, etc. The also supports group chat. The invite link to add new friends is also available. Users can also customize the notifications to ensure not to miss a message or game invite from their Steam friends, group chat, or chat channel. In the blog post, Valve has also talked about the future improvements and features coming to the app which includes Voice chat. Valve also added a note to the post about improvements it has planned for the new app down the line, including the addition of voice chat.

“We’re already working on improvements to the Steam Chat app, including voice chat,” Valve shared on the blog post. “With Steam Chat moving to its dedicated app, the first Steam Mobile app will see significant upgrades focused on account security. Our plans include better Steam Guard options to help securely log into your Steam accounts, such as QR codes and one-touch login, and improved app navigation.” reads the blog post.

The app is now available for free via respective app stores.

In other news, the Steam Link app is now finally available for iOS platform. The Steam Link app allows users to stream PC games to the iPhone or any iOS app. All users need to do is connect both the devices over the same Wi-Fi network.

The Steam Link app is available for Android devices from quite some time now and it also allows users to purchase the games from the Steam store. The iOS version, however, does not have this feature.
Read More

No more walking in the wrong direction with the upcoming...