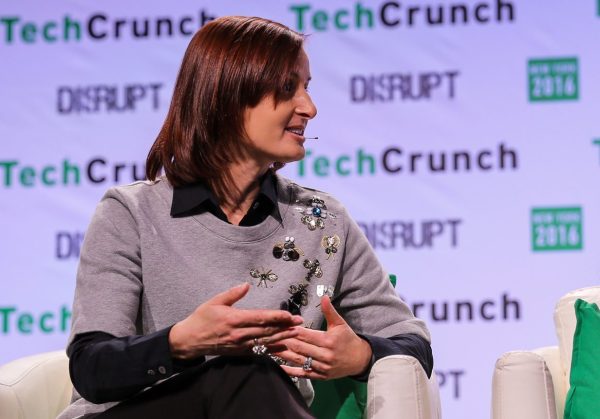 chief diversity officer, Danielle Brown, has left the company. Brown, who became Google’s CDO in June 2017 after serving in a similar role at Intel, announced today that she’s joined payroll and benefits startup Gusto to lead its chief people operations.

In Brown’s the job change, she noted that she will have the opportunity to “engage and support an internal team” as well as “influence how we build our product to drive positive change around critical issues like diversity, compliance, and employee engagement for millions of workers in the U.S.”

For Google, this means Melonie Parker will step into the role of CDO, following a nine-month stint as Google’s head of diversity. In a statement to TechCrunch, Google VP of People Operations Eileen Naughton said:

We’re grateful to Danielle for her excellent work over the past two years to improve representation in Google’s workforce and ensure an inclusive culture for everyone. We wish her all the best in her new role at Gusto. We’re fortunate to have a deep bench of experienced leaders and are delighted that Melonie Parker, who has been our Head of Diversity, Equity and Inclusion, will step up to become Google’s Chief Diversity Officer and Director, Employee Engagement. Melonie has 20 years of HR experience, and a passion for improving workforce representation and inclusion. We’re deeply committed to this work and have made progress, but there’s more we need to do.

It’s also worth noting that Google has been through its fair share of diversity leads. In 2016, left the company, saying she was retiring. However, as its chief human resources officer.

Galaxy Fold: Reserve Samsung's foldable phone on April 12 so you can preorder on...

Galaxy Fold: How to reserve Samsung's foldable phone on April 12 so you can preorder...

Google Assistant has been recording my voice since 2014,...